A customer came back from a trip abroad with a newfound love of Pisco, and in specific — the Pisco Sour.

We don’t have Pisco at the restaurant where I work, but that didn’t stop me from making her an egg white sour with Añejo tequila.

The drink was a hit and she cleverly named it the Anita Pisco — “I need a Pisco.” And her name is a Anita Paladino. And there’s still no tequila in the drink, but she and I still think it’s funny to call it that.

I’m sure it’s slightly annoying for my co-workers that I have these one-off drinks for a dozen different regulars… but my customers like it that I remember their drinks, and when it’s something specific to them (like his this Anita Pisco) — it’s even more of a memorable visit to the bar. Plus we’re only open five days a week and I’m usually there most every night, which is surely how all this arose in the first place.

Regardless, I like slinging specialty drinks and it’s always a treat to have fun and enthusiastic customers.

This was actually quite good, and I intend to get another bottle for this Sunday’s episode. 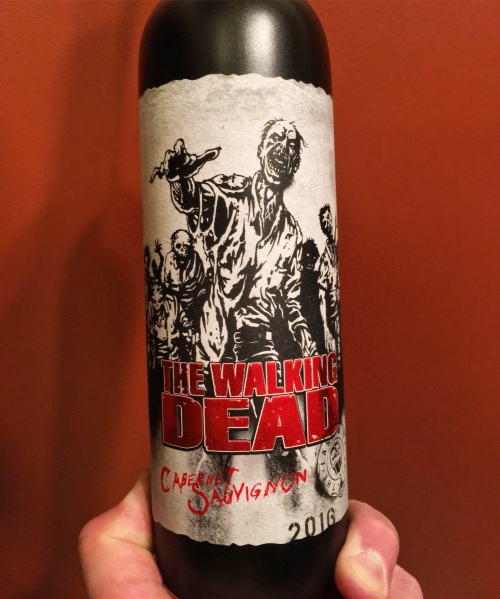 Don’t let this wine catch you unaware, The Walking Dead Cabernet Sauvignon opens with notes of blackberry with nutmeg and mocha spices. This full-bodied wine reveals flavors of dark cherries and currants which pool on the palate, giving way to notes of mocha and spice. Fine, chocolaty tannins hold the long smooth finish.

Filed under NEW TO ME, RED WINE, TELEVISION, WINE 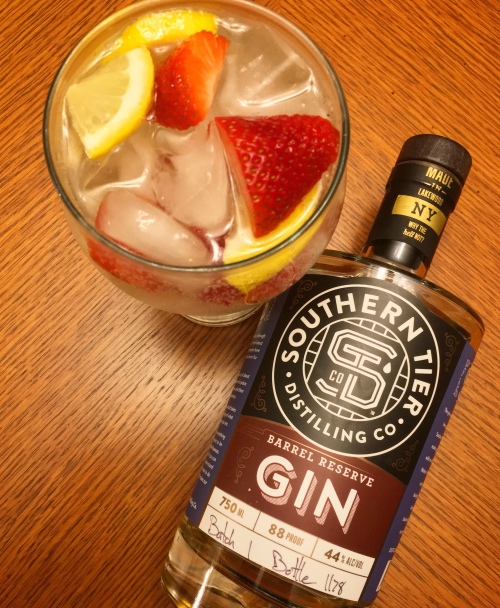 After being signed by director Howard Hughes, Harlow’s first major appearance was in Hell’s Angels (1930), followed by a series of critically unsuccessful films, before signing with Metro-Goldwyn-Mayer in 1932. Harlow became a leading lady for MGM, starring in a string of hit films including Red Dust (1932), Dinner at Eight (1933), Reckless (1935) and Suzy (1936). Among her frequent co-stars were William Powell, Spencer Tracy and, in six films, Clark Gable.

Harlow’s popularity rivaled and soon surpassed that of her MGM colleagues Joan Crawford and Norma Shearer. She had become one of the biggest movie stars in the world by the late 1930s, often nicknamed the “Blond Bombshell” and the “Platinum Blonde”, and popular for her “Laughing Vamp” movie persona.

She died during the filming of Saratoga in 1937 at the age of 26. The film was completed using doubles and released a little over a month after Harlow’s death. The American Film Institute ranked her as the 22nd greatest female star in Hollywood history.
From The Guardian:

In Victor Fleming’s 1932 jungle melodrama, Red Dust, Harlow’s stranded hooker sidles up to rubber plantation bigwig Clark Gable and asks, “Mind if I get drunk with you?” Something of a party girl off-screen, the Blonde Bombshell was supposedly fond of this martini created in her honour. Best served chilled, with a lemon peel garnish.