I Have Respect For Beer

The title of today’s post comes from a line that Russell Crowe shouts in the movie A Beautiful Mind.

Beer is beautiful all on its own, but sometimes it can benefit from small modifications. 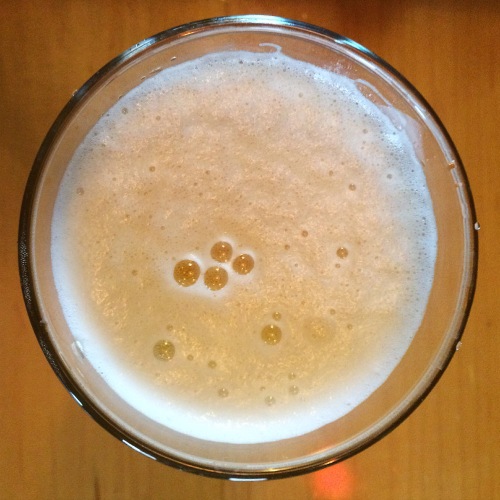 There’s beer and shot pairings such as these, for instance. And then there’s beer-in-shot combos, like a half-pint of Cherry Wheat with a half-pint of Porter and an ounce of Jim Beam Black Cherry Red Stag mixed in with it.

There’s a crew of guys who sit in my section every Thursday night at the restaurant where I work, and they’re always up for experimenting with beer and liquor combinations. Sometimes one of them does the Cherry Porter which I just mentioned with Southern Comfort instead of the Red Stag.

With all of summer’s seasonal brews now readily available, the guys agreed to switch things up this past Thursday and we substituted Watermelon Wheat for their Cherry Wheat in their Southern Tier Porter. 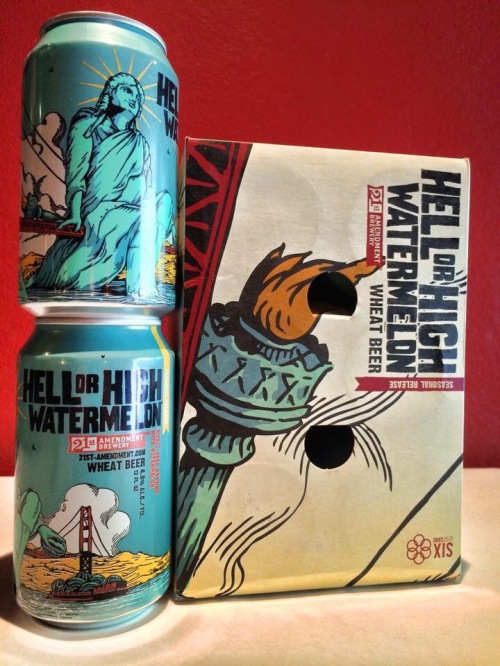 A flavored Porter made with 21st Amendment’s Watermelon Wheat along with fresh watermelon and watermelon vodka.

Cut up a watermelon into chunks and set the extra pieces aside. Put four chunks into a mixing glass and muddle. Add 1 oz of 3 Olives Watermen Vodka and fill the glass with ice. Shake the watermelon and vodka over ice and then double-strain into an empty pint glass.

In the pint glass add 6 oz of Southern Tier Porter and 6 oz of 21st Amendment Watermelon Wheat. Garnish with a chunk of watermelon (or watermelon and a slice of jalapeno as we did for one of the fellas).

Of course, if you’re making these from bottles and cans of beer and not off the taps, it would just make sense to make two at a time!

I didn’t take any photos on Thursday night, so I done have any pics of the finished product… But if I make this again, I’ll update this post.

Note: If you come in to order this, we will only make it two at a time — so bring a friend. 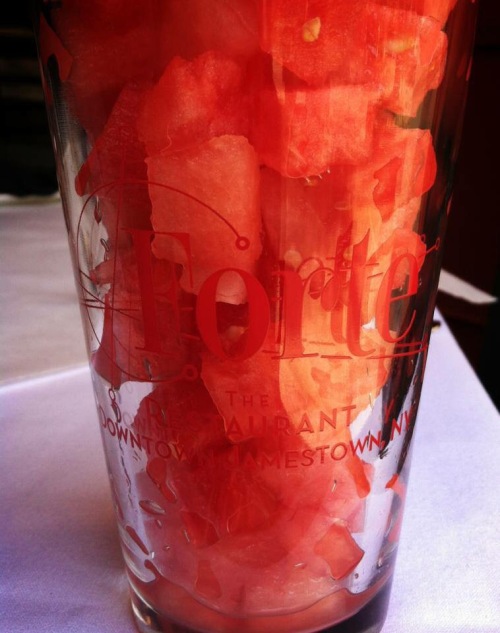