I picked up this pocket cocktail pamphlet at a household sale in Lakewood, N.Y. 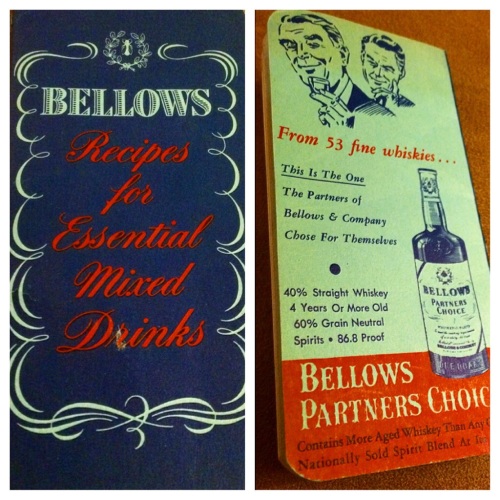 This was one of six vintage pamphlets I picked up at a local household sale. I’ll post the rest soon. And maybe one day I’ll get around to transcribing the recipes.

The thing with a pamphlet like this though is that it specifies its particular brand in all of the drinks which are listed. They’re great to own for the art and phrasing though, especially the party books for hosts and hostesses. Those ones have hilarious little cartoons and suggestions for party games and canapés and all sorts of other stuff. This pamphlet’s a more straightforward set of recipes.

I just did a quick Google search and found a few of these Bellows books available for sale online. Not sure of more than that though. From what I can find online it maybe printed in 1949? Or 1950?

There’s a total of 34 cocktails in the book and they’re printed as follows:

The Smart Hostess & The Discriminating Host

I picked this up at a house sale: The Smart Hostess! 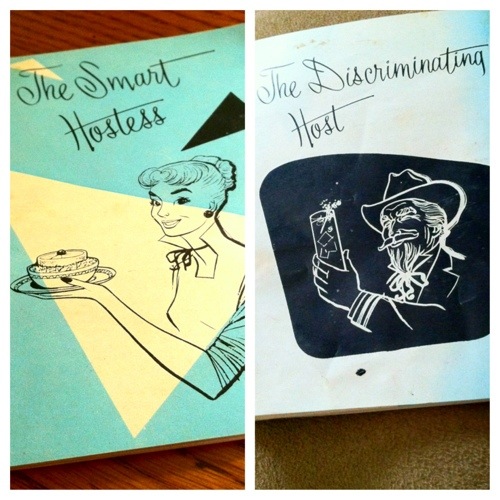 It’s a pamphlet printed by the Rival Manufacturing Company in 1954 or 1960, I’m not seeing a whole lot about it anywhere on the internet. 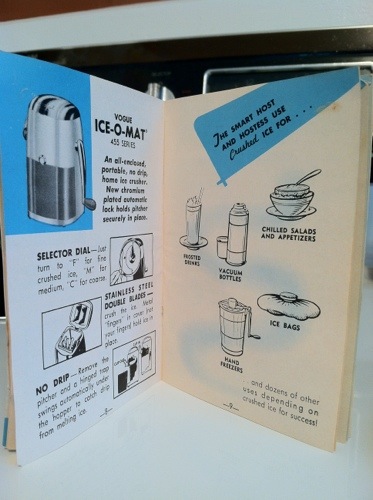 The first section of the pamphlet has ads for the Ice-O-Matic Electric Ice Crusher, The Bucketeer Ice-O-Mat, the Two-Way Ice-O-Mat and the Vogue Ice-O-Mat.

The second section is all party foods and non-alcoholic beverages, but the last section is all bar basics and classic cocktails. Here they are in the order they’re printed: