Using the “On The Bar” app.

I downloaded it a long time ago, when it was mostly all just Boston-area bartenders who were using it. But it looks like it’s spread far and wide, so hopefully we can get a bunch of people using it in Jamestown!

— A link to something similar, but different.

Time For A Dirty Mojito

We’ve been making mojitos for a month or so now at the bar where I work (it’s a seasonal treat here in Western New York).

Everyone always loves a simple twist on traditional cocktails, so we put this on our chalkboard yesterday: 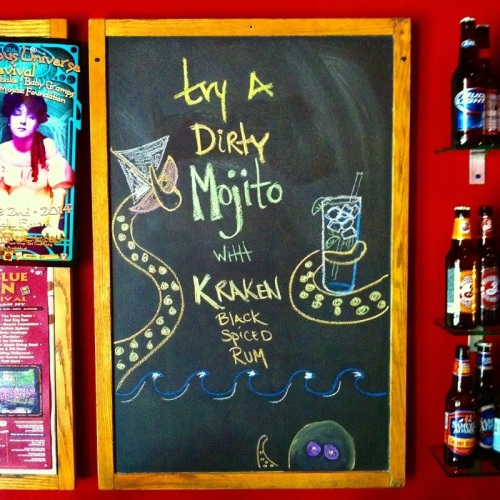 To make a “Dirty Mojito” we just swap out spiced or black rum for the regular rum which goes into a mojito. Most times I make them with one pour Kraken and one pour Myers.