My wife and I went to Buffalo over the weekend for my birthday.

It was a whirlwind trip, and we managed to pack a ton of stuff in throughout the course of only 24 hours.

The first stop we made was a first-time destination for us.

We were on the 90 approaching Buffalo and wanted an early afternoon snack, but had no particular place in mind.

I’d seen friends post pictures of a place called Resurgence Brewing on Facebook so we dialed up OnStar on a whim and took a chance on it: 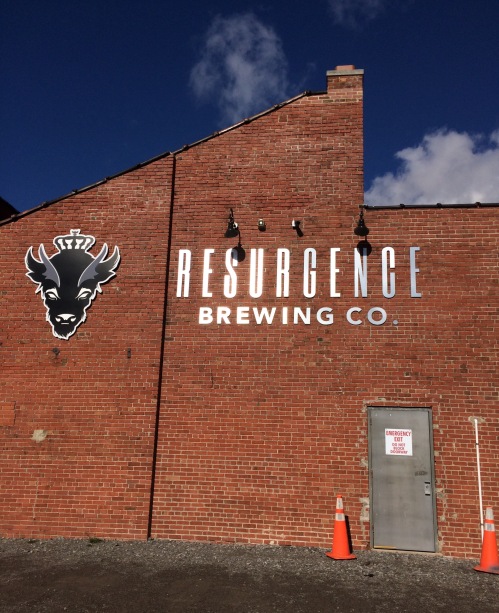 We had such a good time at Resurgence on Saturday that we decided we’d end our weekend there as well, and we did!

When we left Buffalo on Sunday afternoon, we stopped again so I could try the Sponge Candy Stout — and I ended up winning a beer stein as part of a fundraiser being held at the brewery. 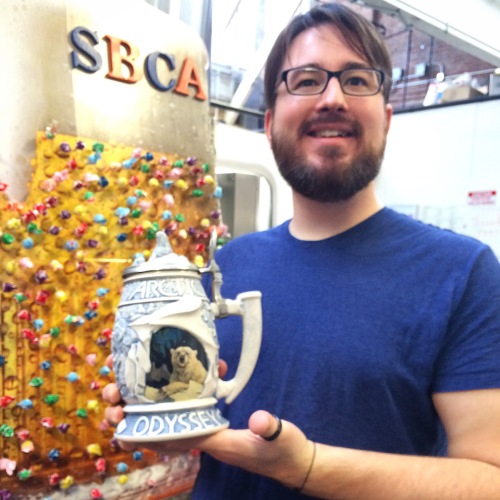 I love that I’d never had this brewery’s beer before nor had I ever been to this brewery, yet it ended up being the beginning and end to my weekend — a sort of bookend for my birthday. And both visits were exceptional in their own unique ways:

I had two beers on Saturday, the WNY Fest and the Oktoberfest.

We also had two snacks while at Resurgence on the first day, a chip-and-dip with a peppers-and-cheese sauce as well as an order of pretzels which came with its own trio of other dips.

Perfect food for a beer-drinking afternoon, but grab plenty of water — most of those dips were spicy.

Saturday was Halloween and we were too early for the brewery’s costume contest (and we weren’t in costume yet), but one of Resurgence’s staff members was an excellent Ace Ventura.

Before leaving, I bought a six-pack of Resurgence’s IPA (which I still have yet to try) — and on our way out we sat by the outdoor fireplace which the brewery has in its closed-off backyard. It was a great way to spend a beautiful October afternoon.

After brunch at Cecelia’s and a quick beer at Blue Monk, we bought sponge candy at Watson’s and then headed back to Resurgence for the brewery’s Sponge Candy Stout (pictured at bottom): 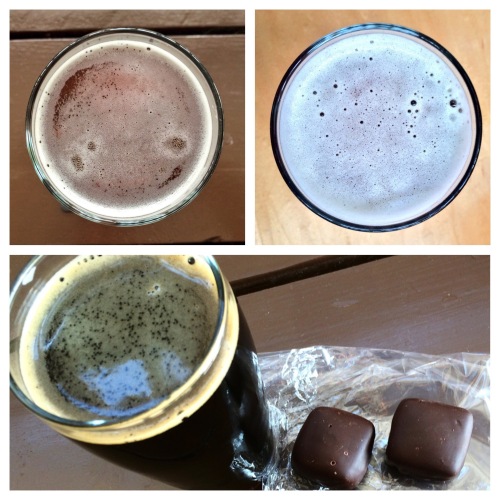 Top left is the Oktoberfest and top right is the WNY Fest.

Both days had their own unique energies at the brewery — Saturday was all abuzz with holiday joy and twentysomethings playing brewery games (cornhole, Connect Four, Jenga). On Sunday there were people there for the football game and also to support the fundraiser happening.