Woke up this morning with a strong urge to make Brandy Milk Punch.

Got some good photos.

It was a beautiful day here in Western New York and the natural light really made all the difference for these photos:

My recipe on the Bar Notes app: 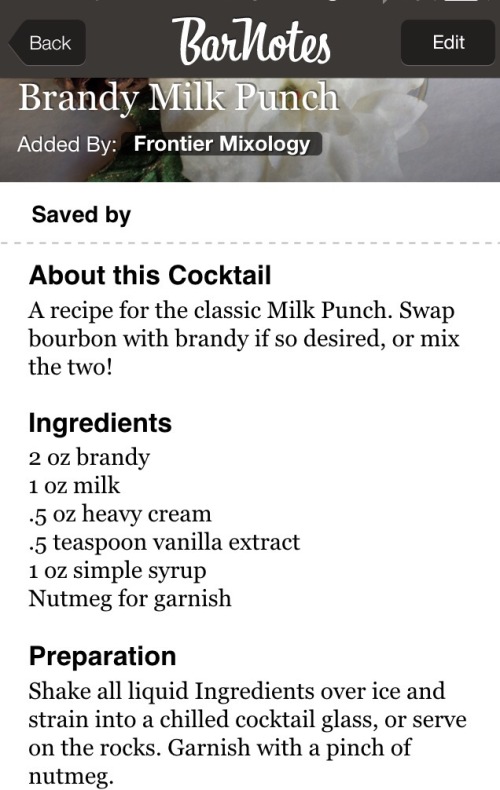 Filed under APPS, BAR NOTES, MILK PUNCH, NEW TO ME

Here’s the first of what I’m going to try and make a regular series of posts on the blog: Comic Books and Cocktails!

Why comic books and cocktails? I love both!

So what will these posts entail? Well, they’ll always be one of two things — either a panel from a comic book related to booze or a recipe inspired by comic book characters.

And to start it all off, here’s a picture of Darkseid living the high life: 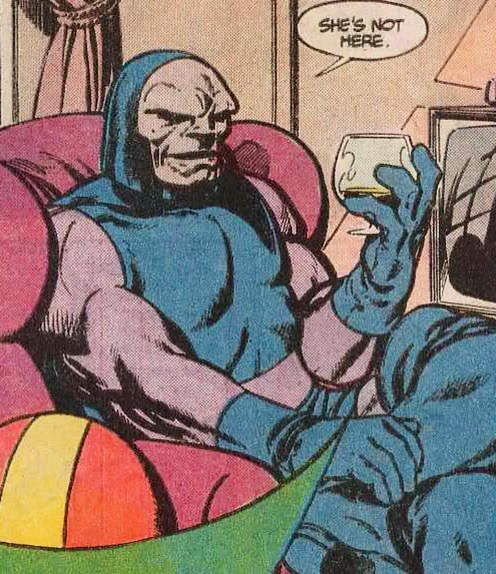 Such a creepy dude. And the content of this specific issue is actually quite bizarre. The panel comes from Action Comics issue #593, entitled “The Suicide Snare.” 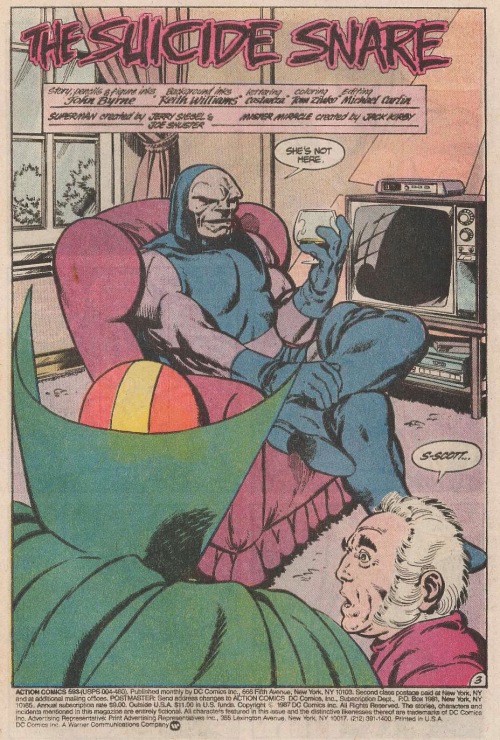 I thought Darkseid drinking brandy from a snifter was strange enough, but the plot to Action Comics #593 gets even stranger — with Superman captured and forced to work on set with Mister Miracle’s wife, Big Barda.

But I digress… More about booze and less about the book!

What Is Brandy?
•Brandy is a spirit made from distilling wine.
•Brandy generally contains between 35-60% alcohol by volume. That can mean it’s anywhere from 79-120 U.S. proof.
•The term “brandy” also denotes liquors obtained from distillation of pomace (pomace brandy) or mash or wine of any other fruit (fruit brandy). These products are also named eaux-de-vie.
•Now in terms of its name, the word “Brandy” comes from brandywine, derived from Dutch brandewijn, “gebrande wijn” — or “burned wine.”
•Some brandies are aged in wooden casks, some are colored with caramel coloring to imitate the effect of aging, and some brandies are produced using a combination of both aging and coloring.

What About Cognac?
•Cognac is named after the town of Cognac in France.
•Cognac is a variety of brandy, produced in the wine-growing region surrounding the town from which it takes its name, in the French Departements of Charente and Charente-Maritime.

•GOT A SUGGESTION?•
Do you know of a panel in a comic where a character is boozing it up? Shoot me an email at FrontierMixology@GMail.com with the details. I’d love to include it here on the blog.

The Chicago Cocktail is only three (or four) ingredients, depending on how you make it.

Here’s a basic recipe for the Chicago Cocktail:

Preparation
Stir in a mixing glass with ice and strain into a cocktail glass. Garnish with a lemon peel or slice.

Some versions call for sugaring the rim of the glass. It can be served on the rocks in a double old-fashioned glass or, especially in the champagne variation, straight up in a champagne coupe or flute or a cocktail glass.